sispmctl – using it as non root 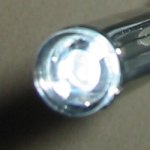 Hello,
in my article sispmctl

I worked as root all the time. I would prefer to use “sispmctl” as normal user (and without sudo). My solution is to change the group of the entry for the power outlet in /dev/usbdev* to “plugdev”.

(By the way, this “hack” was created and tested on a Debian Lenny system.)

Check if the user is a member of the group plugdev:

Get more information about the power outlet:

The ipVendor and idProduct can be used to identify the power outlet.

Add an entry to the file local.rules in the directory /etc/udev/rules.d:

I prefer to create an extra file for my own entries.

Plug in the power outlet and check again:

Feel free to create a new group (maybe “sispmctl”) for the power outlet user. I don’t need an extra group so the group “plugdev” is fine with me, at least for now.
Bye, Tore

Hello,
last weekend I was helping a friend to check his Ubuntu system. With the command line

After I removed squid (with “apt-get remove squid” as root) on another system called lostin I got this output:

The head of the output of “dpkg –list” shows what is the meaning of the status “rc”:

I already added the command “dpkg –list | grep -v “^ii” | tail -n+6″ to my crontab, but for my friend I was looking for a better solution:

for more information about the problems with temporary files). The script is checking which lines to skip. It looks for any status and not just “ii” and “rc”. And it counts the lines:

This script can be started as normal user so I added it to my user crontab:

After my friend removed all the packets with the status “rc” some problems he had with his Ubuntu system were solved. I had the same experience with one of my systems, after I did some packet uncluttering logrotate was working again.

If you have strange problems on you system a little check with this script wouldn’t harm. But keep in mind that removing the wrong packets could do great harm. So be careful, you have been warned!
Bye, Tore

Is There Anybody Out There?

Hello,
while searching for a way to get the information if there is still someone connected to a Cisco router (without connecting myself) I found How To Get Information About Users Connected To The TTY By Using SNMP

I added some configuration to the router:

Beware: The community strings are an example and shouldn’t be used on real equipment or outside a test lab!

While I was connected (from another session) to the console port of the router I tried to look for tsLineActive (that means: actice lines on the router).

Double check on the router.

But I just need the value of the used ports.

If you know how to ask it is easy to get the information you need! Without SNMP the only way to get this information is to connect to the router and to use the command “who” or “show user”.
Bye, Tore

The CBT Nuggets App and the problem of the secure password

Hello,
I use a CBT Nuggets

as I couldn’t log in. I always got an error message (something like “Wrong username or password!”). Today I had the idea to change my password and to remove a special character from it. And … it worked! Now I can watch their traing videos on my iPhone just using the App.

I already sent a mail to CBT Nuggets and they know about the problem and think to add it to the FAQ. What about fixing it and update the App?
Bye, Tore 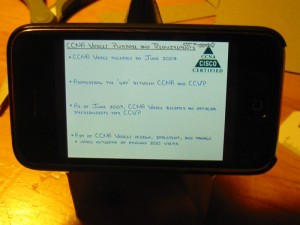 Watching a training video with the CBT Nuggets App.

Hello,
sispmctl is the name of a program to control a Gembird SIS-PM programmable power outlet. It is controlled from a Windows PC over an USB cable. A Gembird SIS-PM power outlet with 4 sockets costs around 30 € (here in Germany). With the power outlet comes a driver for Windows, but there is help if you want to use it with a Linux box: SIS-PM Control for Linux

With Debian Lenny the installation is easy.

The first task was to scan for a power outlet:

My power outlet was beeping from time to time, so my second task was to switch off the beeper:

Third task: Test the power outlet and do some switching! 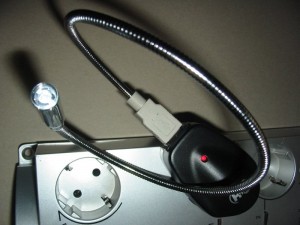 The light is on!

The advantage of this power outlet: It is cheap. The disadvantage: It needs a computer to control it. (With the Windows program you can setup timers, some people use it to control their fish tank lights. I didn’t install nor tried the Windows software.)

My Linux box is running all the time. But there is other equipment that I only need from time to time …
Bye, Tore

This short shell script called “alive” is all we need:

This shell script will use alive:

Maybe the following would be easier to use:

Choose what ever suits your needs. ;-)
Bye, Tore

Hello,
on my “static” sites I use the Website Meta Language

to create macros. To create the HTML code for a language that is used on a linked website I simply type <flag de> or <flag gb>.

With the WordPress plugin Embedder

I can achieve nearly the same. Embedder even supports PHP code. But as my PHP knowledge is limited I only created some shortcuts to mark the language that is used on a linked website. So with WordPress I have to use [flag_de] or [flag_gb] for the moment.

. But they only allow the use of up to four images from their database on a website. A source without this limitation is Free World Flags

. This site only ask for a link back to their site to use the flag images. That was easy! By the way, I scaled the flag images down to 16×10 for better use in a text like this.
Bye, Tore 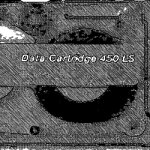 Hello,
this is the fifth posting.

Q: Why should I consider a backup?

On my static web sites a backup is easy. I create a *.tar file and copy it to another disk. Done. With a WordPress site I have to save some files and (of course) the database.
I found this documentation: Backup einer WordPress Installation

The installation was fast and easy, I only had to set the permission of the backup directory.

A: I should consider a backup because the installation of a backup plugin is easy. Starting all over again is a lot of work. Not to mention the time I spend to create the postings and the pictures.
Bye, Tore 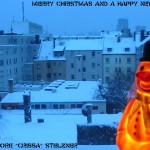 Hello,
to create the favicon images for my sites I use IcoMaker for Mac OS X

To add the favicon.ico to this site I followed the Creating a Favicon

documentation on the WordPress Codex